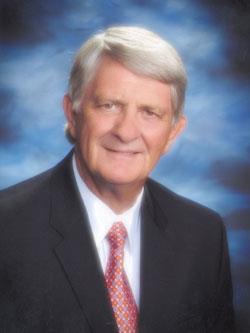 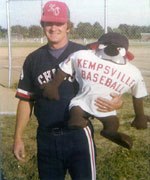 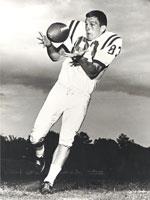 Who was Ray Barlow?

Born March 16, 1943, Ray Barlow grew up in Crewe, VA a small railroad town in western Virginia. Ray was a typical youth who enjoyed all a small town offered a young man growing up. He grew to love sports and excelled at all, especially football, basketball and baseball where he lettered in all three sports receiving exceptional honors in football.

Ray accepted a football scholarship from NC State in 1960 where he played quarterback his freshman year. While at NC State, Ray became an All ACC Team offensive end (#83) and standout Defensive Back. He was awarded the accolade by Sports Illustrated of "Player Of The Week" for his game winning catch against Clemson in 1963. Ray was also a standout on the NC State baseball team playing pitcher, first base and outfield. After Ray’s Junior year at NC State he was invited to a tryout by the Dallas Cowboys, and did, but decided to finish school as he had promised his parents.

After graduating from NC State with a degree in Parks and Recreation, Ray came to Virginia Beach, VA where he was hired at Kempsville High School to teach Biology and coach varsity baseball and football. As head baseball coach from 1967 – 1977 at Kempsville High School, Coach Barlow’s teams won 4 State Championships in 5 years (’72, ’73, ’75, ’77) establishing a record of 174 – 20 an 89% winning percentage. In addition, Ray’s 1975 team went undefeated (19– 0). Success directly related to the coaching that Coach Barlow provided his teams and players.

In 1978, Coach Barlow entered the private business sector with a long-time friend for approximately 5 years before returning to teaching and coaching in 1982. During this time, Ray’s son Chad was born and a new chapter of Coach Barlow’s life was started. One that led over the years to one of the most incredible “Father and Son” relationships ever seen. Ray and Chad enjoyed an incredible relationship going and doing all the things that a father and son could do.

Coach Barlow retired from teaching and coaching with the school system in 2005, but continued to teach and coach locally by tirelessly giving his time and resources to the youths of Tidewater with pitching, hitting and fielding help. He enjoyed his retirement years coaching, travelling, spending time with family, friends, former players and the GF Keagan’s crowd.

Coach Barlow died of Prostate Cancer in December of 2007 with his wife Tiny of 22 years, son Chad, and many friends at his side. He will be remembered as an individual that had an incredibly positive influence in the lives of his family, especially his son Chad as well as thousands of high school athletes and students. Whether Ray was known as “Dad”, “Coach”, “Ray” or “Mr. Barlow” he challenged you to...“Believe In Yourself”.

In February of 2008, two months after Coach Ray Barlow passed away from Prostate Cancer, a group of family and close friends organized to create a foundation to honor the memory of Coach Ray Barlow. The mission of the foundation is as follows:

First and foremost, raise AWARENESS for both men and women on the importance of early detection tests for Prostate Cancer. One out of every six men will develop Prostate Cancer, but statistically, for every six men that develop Prostate Cancer only one of those six men will die from the disease. The disease is very curable when caught early and AWARENESS will reduce the chance of dying from the disease even further. Understanding that men need to have an annual PSA test is critical. In addition, understanding what the test results mean as well as when more aggressive medical intervention needs to be pursued is also extremely important. In addition to AWARENESS, the foundation will raise money to donate to prostate cancer research with the hopes that better tests and eventually a cure can be found.

Second, to continue the legacy Coach Ray Barlow started at Kempsville High School, the foundation will fund scholarships on an annual basis to be awarded to Kempsville High School seniors playing varsity baseball and heading to college. The criterion for the scholarships available will be based on academics, community involvement, volunteering of ones time, and other criterion established by the foundation scholarship committee.